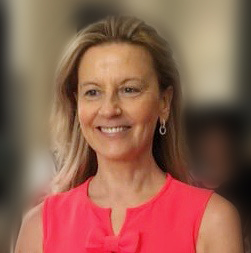 Show more
Laurence Vandenborre is the Founder and Managing Director of The Red Pencil and a Registered Arts Therapist, with a background in professional counselling and life coaching.

Laurence started practicing arts therapy at Raffles Hospital, in Singapore, for a few years before opening her own private practice “The Arts Therapy Studio”. For years, her interest has included working with adults and family dynamics, in a multicultural context, helping them to journey through their challenges towards a happier, more fulfilled and hopeful life. 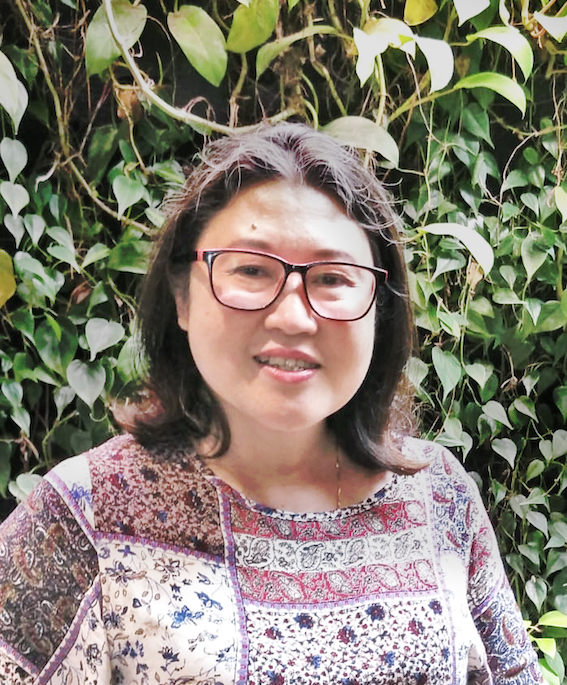 Jacqueline joined The Red Pencil (Singapore) as General Manager after taking a two-year sabbatical as Head of Administration and Finance in the sector of mental health.  She has 24 years of management experience across the private and non-profit sectors in sustainability, corporate administration and business development.  Her expertise spans strategic partnerships and development, governance and corporate social responsibility. Some of these roles involved starting up and leading new initiatives, in alignment to organisational strategy and development. 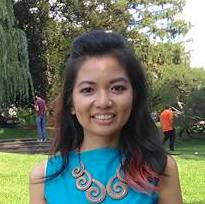 Joyce is originally from the Philippines and has lived in Singapore, Austria and Belgium. Growing up in a developing country, she is passionate about becoming an agent of social change and hopes that her work at The Red Pencil will enable her to do that. 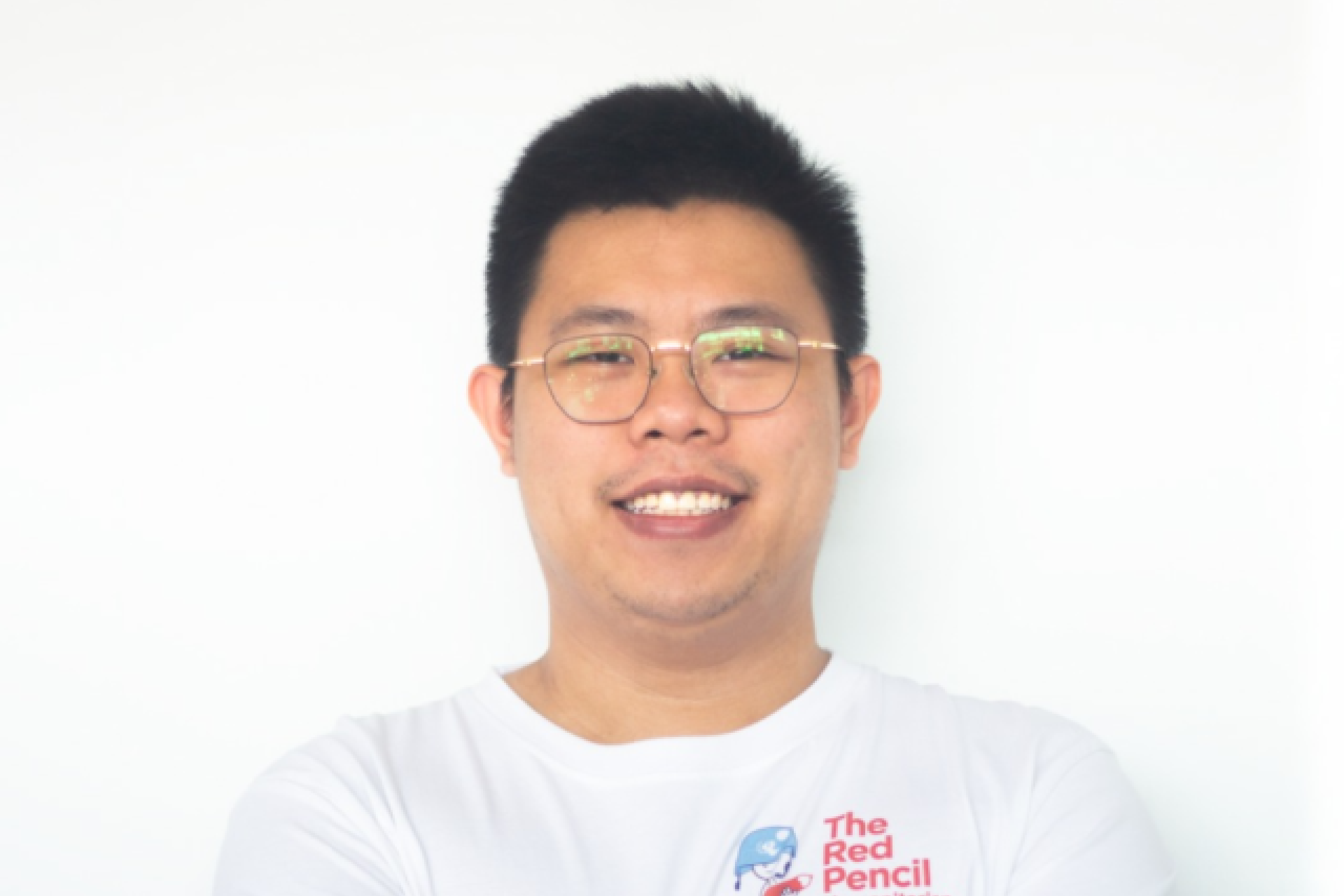 Daryl is a digital marketer, photographer and frontend web developer. He joined The Red Pencil as a Marketing and Communications Executive in 2020.

This passion to drive social impact has guided him in his decision to pursue a Social Work degree. With complementing skills in digital marketing and communications, Daryl wants to use new media to propel innovative programmes in the social service sector.

Daryl is also a big fan of the works of Alan Wallace, Ray Dalio and Seth Godin. 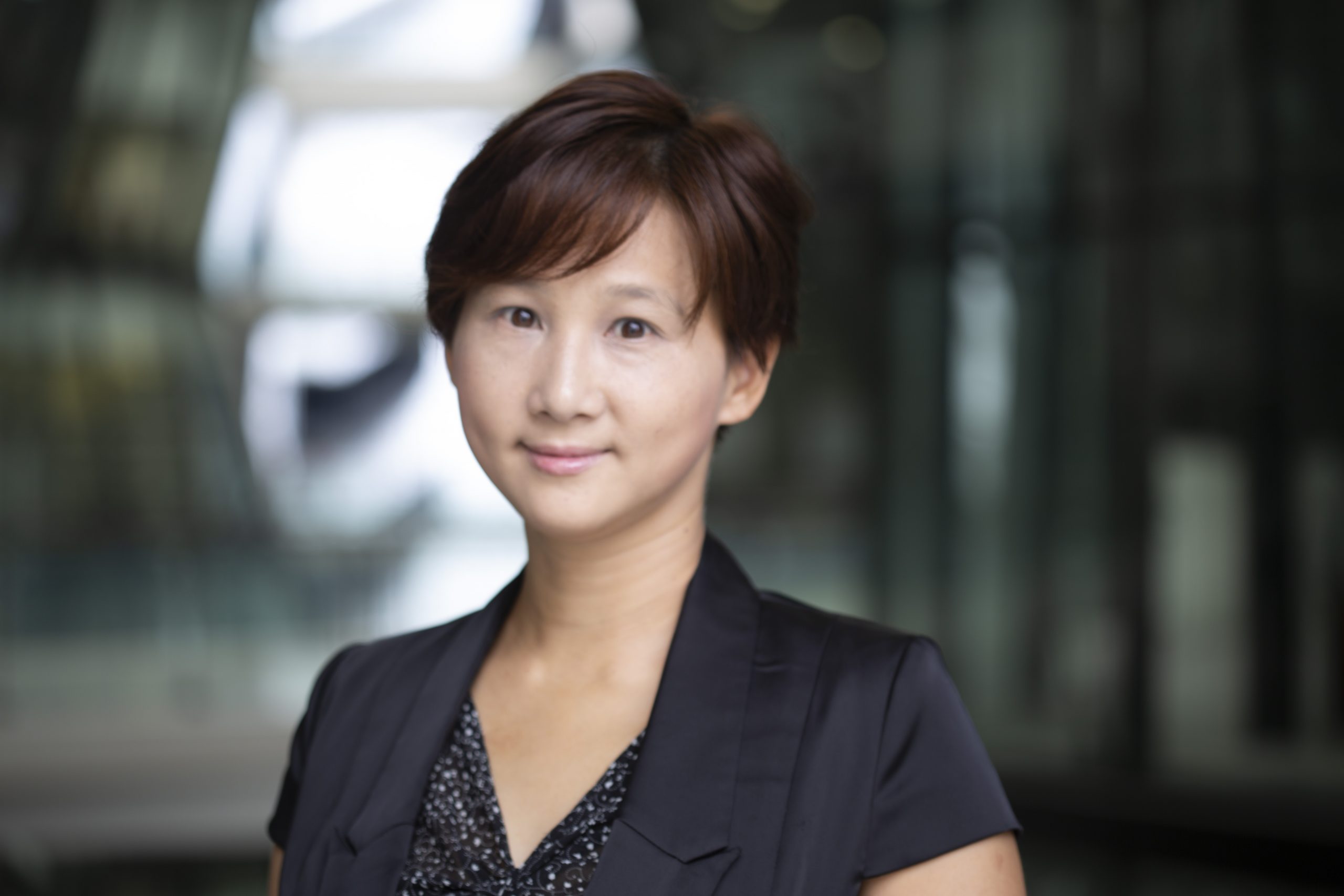 Yoko has been passionate about art since young. Her love for art therapy was seeded from her volunteer work for Children's Cancer Foundation since she moved to Singapore in 2013 and had a career shift from architecture to art. Currently, Yoko is serving a few local charity and educational institutions in the capacities as an artist, art educator, or art therapist. Her clinical practice focuses on the population with special needs, chronic illness, physical challenges, women, and children.

Yoko holds a Master of Art Therapy from LASALLE College of the Arts in Singapore and accredited by Goldsmith’s College, University of London. She also holds a Master of Architecture from The Chinese University of Hong Kong and a Diploma in Fine Art from Nanyang Academy of Fine Arts in Singapore. Yoko is an award-recipient of The most promising artist of the year, emerging artist, Singapore, from the Painting of the Year Competition 2016 by United Overseas Bank (UOB). She also won an Honorable Mention of the juried art exhibition from the 36th International Association for the Study of Dreams in the Netherlands. 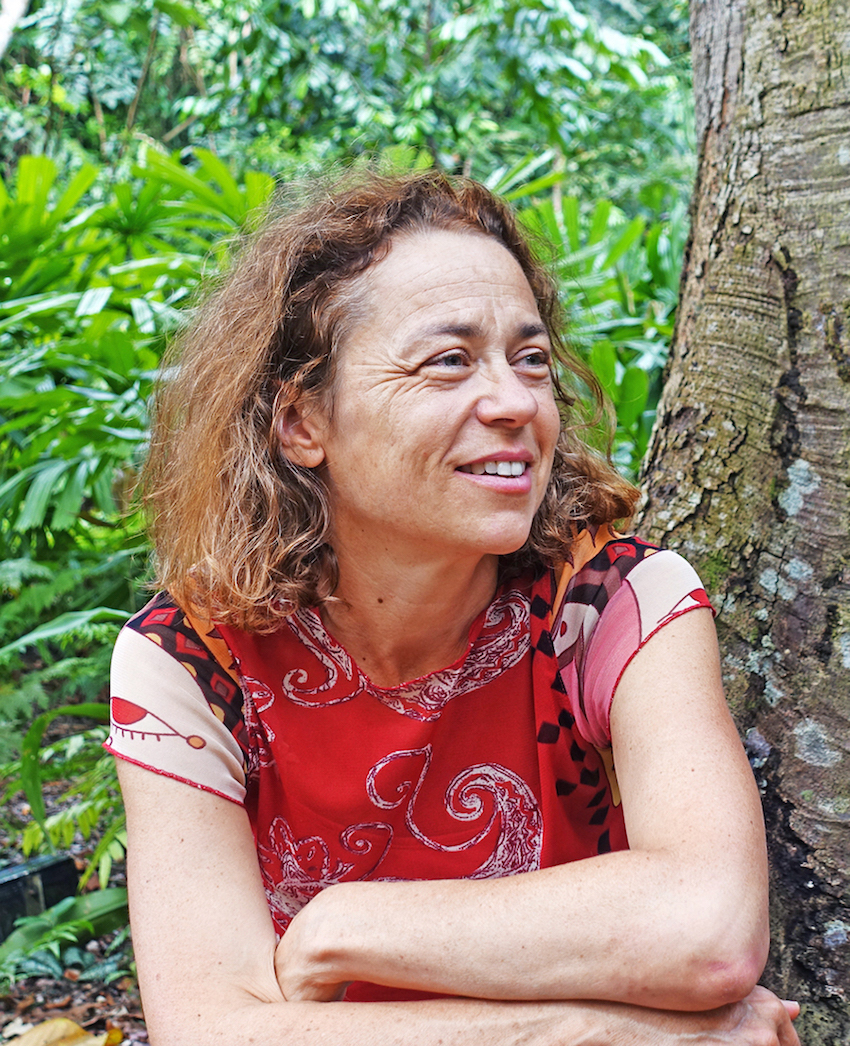 Natacha discovered arts therapy in 2009 and fell in love with it. She is motivated by bringing the benefits of arts therapy to a growing number of people in Europe, by contributing to the recognition of arts therapy locally and by advancing the research field.

Trained first as civil engineer, she tries to reconcile the scientific and art therapy approaches, building on the left-brain and right-brain skills she has developed in her career so far. 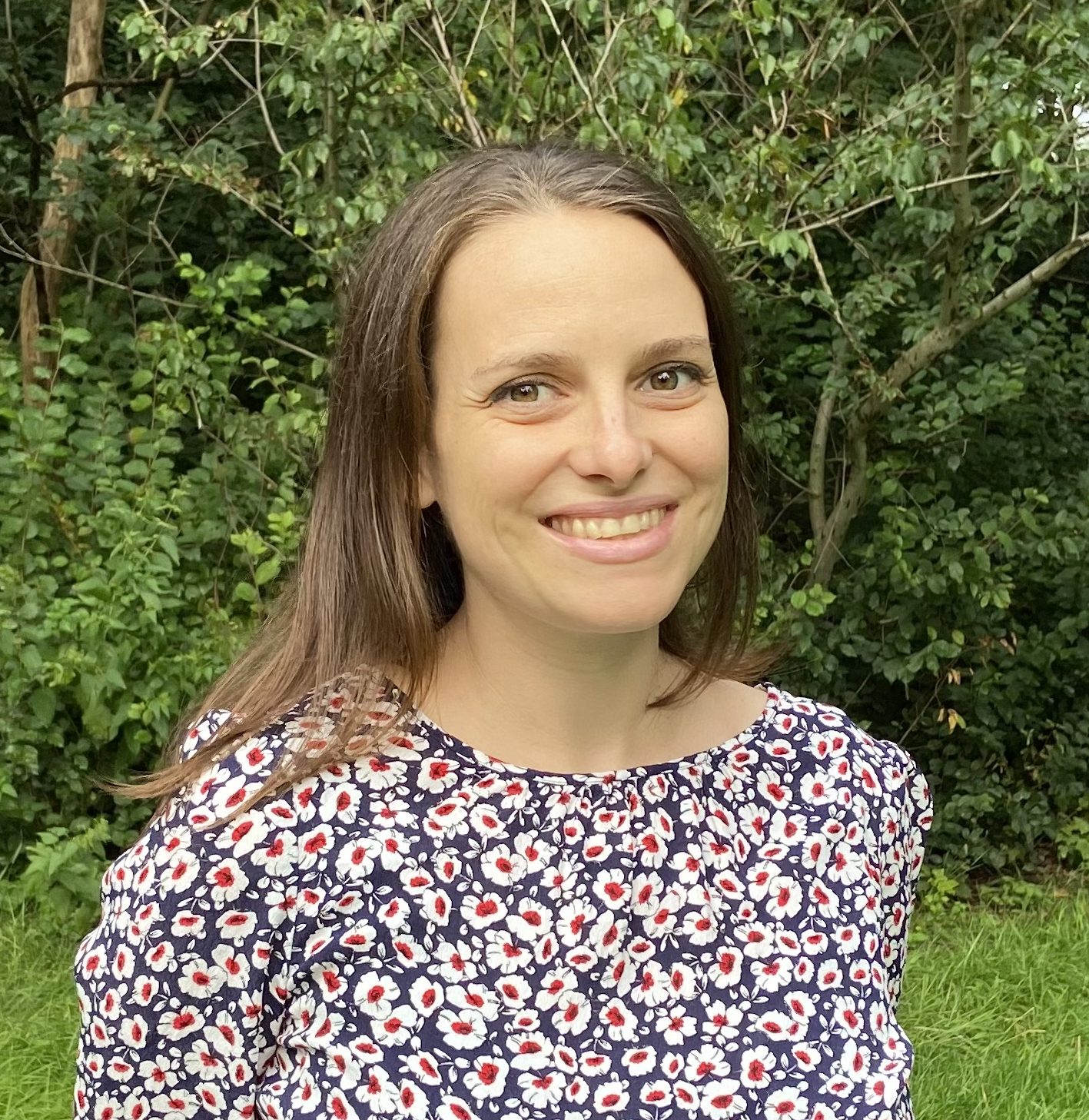 Elisa joined The Red Pencil (Europe) in 2021 after working for international consulting companies in the field of cooperation and development projects for several years. She has two masters degrees: one in economics and business administration, and another one in European integration and development. Originally from Italy and having lived in Denmark, Japan and Belgium, Elisa loves travelling and learning about different cultures. She is motivated by the desire to help improve the wellbeing of the most vulnerable. This is the reason why she joined The Red Pencil’s team and its mission with enthusiasm. Currently, Elisa is in charge of the coordination of The Red Pencil projects in Europe. 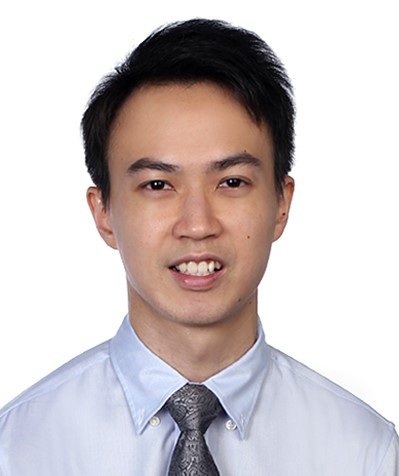 With an interest in helping people, Bervyn started his work experience in social service at an internship that gave him exposure to the lives of underprivileged families in Singapore. He later joined a local university where he worked to develop rapport with university staff and help foster a philanthropic culture of giving to those in need.

Bervyn graduated from University at Buffalo with a bachelor’s degree in sociology and works at The Red Pencil to transform their operations with the aid of technology. During his free time, he can be occasionally found exploring a local park or nature reserve. 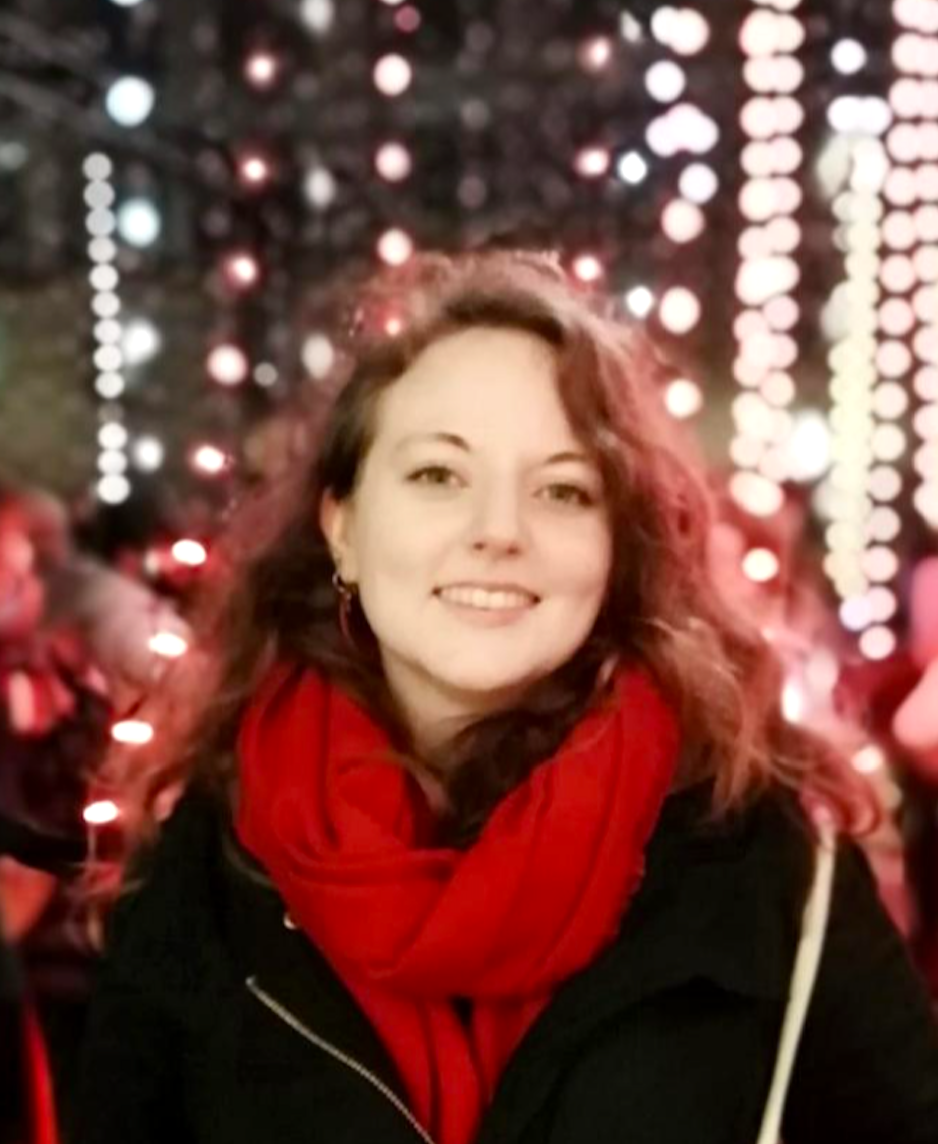 Originally from the UK, Catherine has lived in Belgium most of her life. She joined the Red Pencil (Europe) in 2021 after working for a Belgian NGO that helps and supports refugees and asylum seekers in Belgium, where she also worked as a project manager. Catherine holds a degree in Spanish and Portuguese from the University of Edinburgh, and a Masters in Caribbean and Latin American Studies from University College London (UCL). Her passion for travelling and her studies have given her the chance to live in different countries, including Brazil, Cuba and Colombia.

From a young age, she has been involved in several local and international grassroots initiatives. Driven by the desire to contribute to projects that facilitate a positive impact and support society's most vulnerable, she was drawn to The Red Pencil's mission and joined the team with enthusiasm. 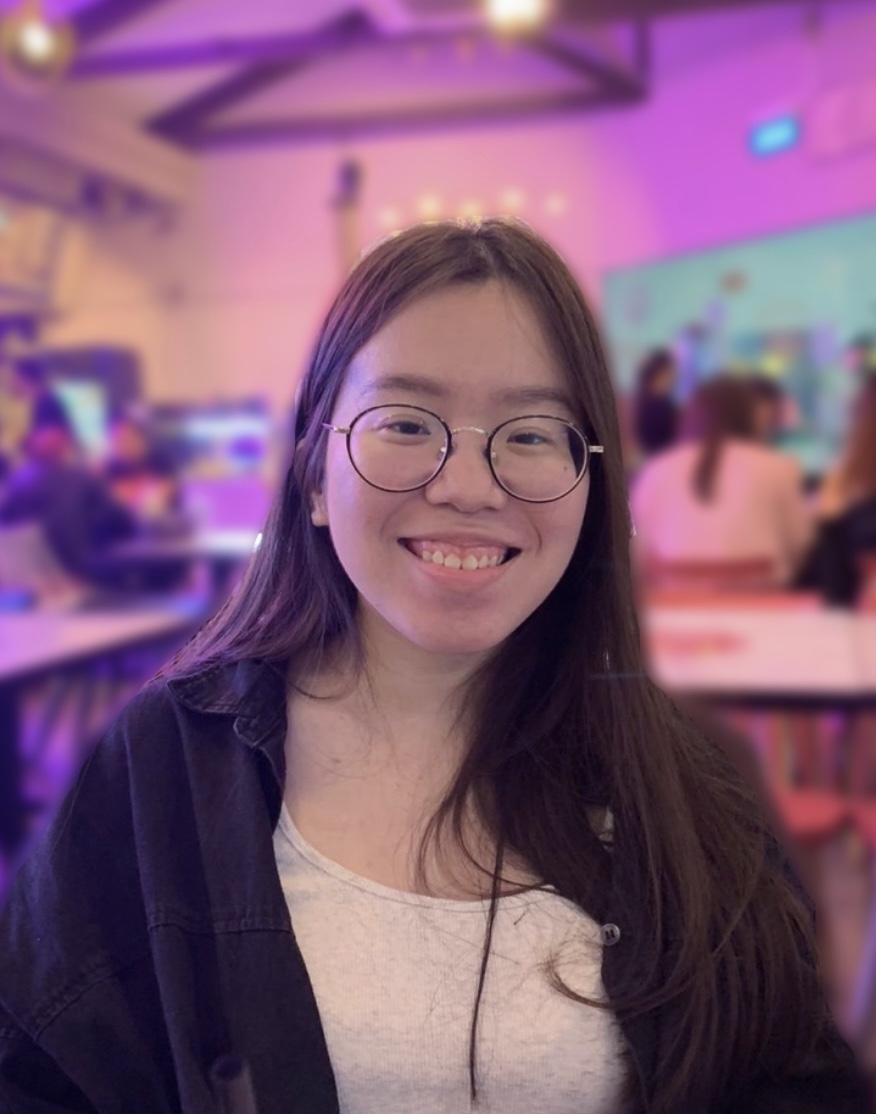 For Pei Ling, art has been a major source of enjoyment and healing since childhood. Initially into animation, Pei Ling’s interests soon morphed into a love for surrealism and visual social commentary. As she grappled to reconcile her interests in pursuing social work and the arts, she witnessed how music supported domestic violence survivors during her stint at the Ministry of Social and Family Development. This memorable encounter struck a chord in her heart, emphasising to her the respite and solace that art can provide to individuals and communities in need.

Outside of work, the psychology graduate from Temasek Polytechnic can be found doing grocery shopping for the latest recipes she discovered. She also enjoys analysing films and runs an art account in her free time. 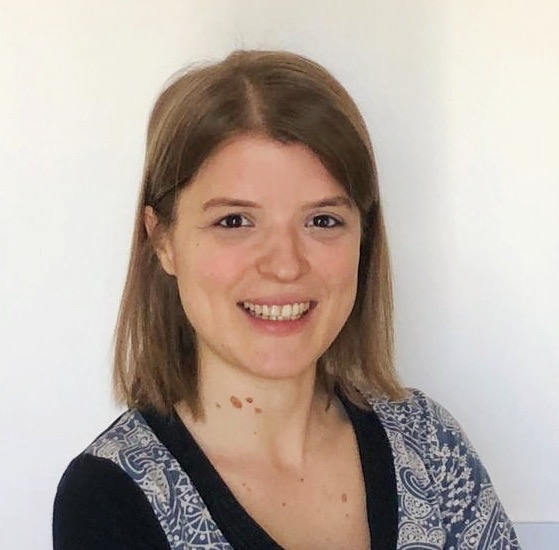 After working several years as an event manager for a Belgian federal administration, Valérie joined The Red Pencil (Europe) at the end of 2021. She holds a Master’s Degree in translation (Dutch and English) and a Master of Arts in European Studies. She loves travelling, gardening and reading, and also sings in a choir. She discovered art therapy during a workshop in early 2021 and immediately felt how powerful and life-changing these tools can be for an individual. This deep realization and the positive impact of Red Pencil’s work made her very keen to join the organization and contribute to its overall mission. Valérie is in charge of project coordination. 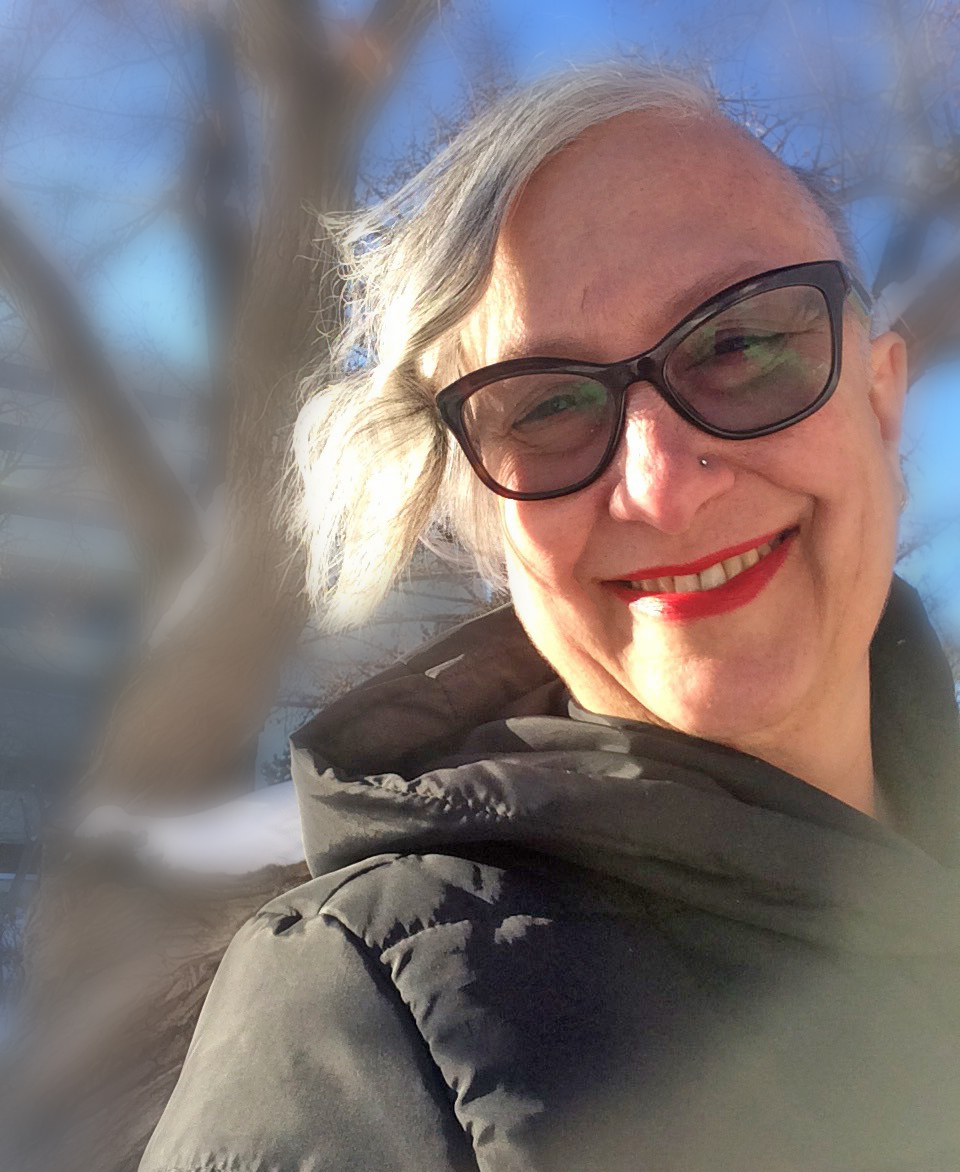 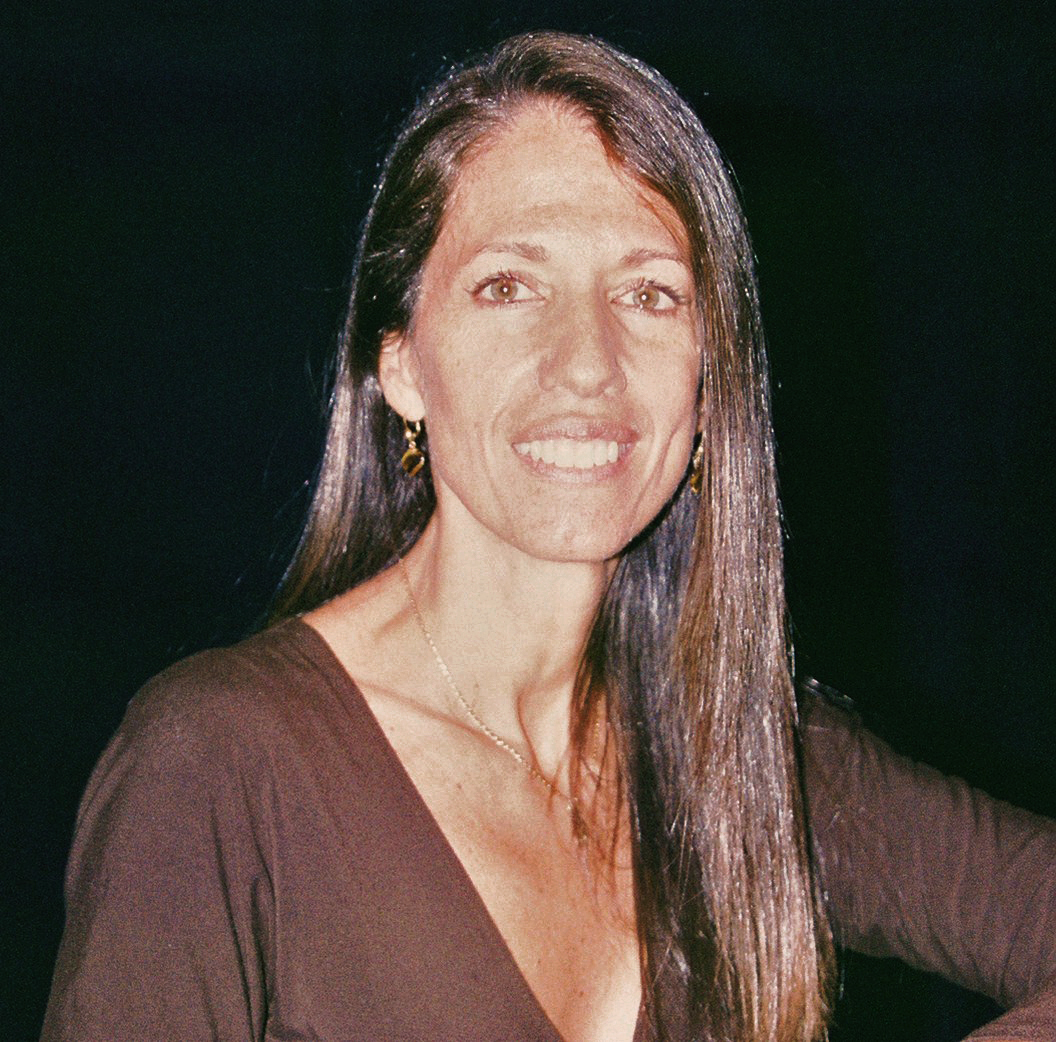 Show more
Dr. Mercedes ter Maat, Ph.D., LPC, ATR-BC is a professor in the Department of Counseling at Nova Southeastern University’s College of Psychology in Ft. Lauderdale. Prior to joining NSU she was the director of the school counseling graduate program at the George Washington University, Alexandria, VA campus and an assistant professor at Virginia Tech. She has over 30 years of combined working experience as a counselor educator, mental health counselor, school counselor, and art therapist.

Dr. ter Maat participates in local, state, national, and international leadership undertakings for the fields of mental health counseling, school counseling, and art therapy and frequently presents on topics related to multicultural counseling, ethics, motivational interviewing, and the use of art in counseling and therapy. She actively participates in humanitarian work, most recently in Argentina, Swaziland, and Lebanon, and her research interests are in enhancing the quality of life of immigrant, minority families in crisis by identifying risk and promoting protective factors through school- and community-based interventions. She is a past-president of the American Art Therapy Association, the current president of the Croatian Art Therapy Association, and the current president of the European Branch of the American Counseling Association.

Dr. ter Maat is a licensed professional counselor and a board-certified/registered art therapist. 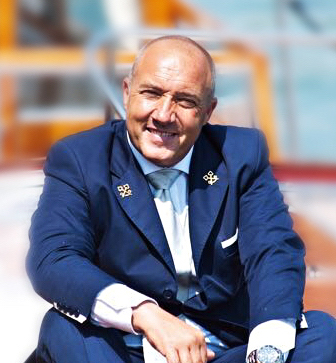 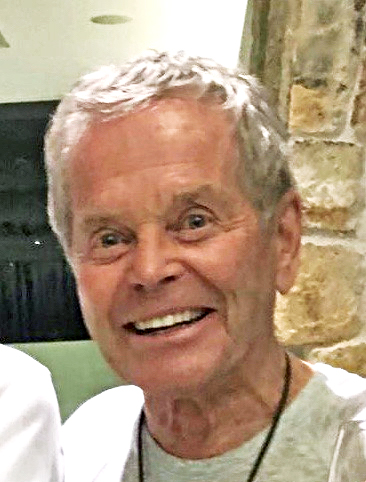 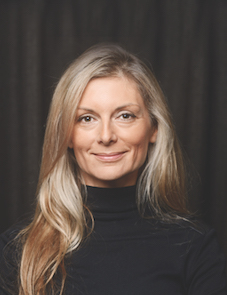 Dr Iva Fattorini (MD, MSc) is one of the pioneers and global leaders of the contemporary arts and medicine movement.

Iva attended Classical Gymnasium in Zagreb and became a medical doctor at 23 after graduating from the University of Zagreb Medical School where she also completed a postgraduate study in Biology and Biomedicine and got her Master of Science Degree. She completed her Dermatology Residency in Zagreb, then undertook an International Training program at Harvard University in Boston, USA.

In 2004, she moved to the U.S. and joined Cleveland Clinic. With strong motive to help international patients with limited access to good healthcare, she became Director of International E-health.

During her tenure at the Cleveland Clinic, she amongst other things chaired the Aesthetics Committee in USA and Sana’a Committee in Abu Dhabi, won Cleveland Clinic’s Innovator’s award and was on a steering committee of Empathy and Innovation/Patient experience summit. Spending time with many out of town patients and their families she noticed the need to address their emotional needs and help fill the voids of a stressful time with positive and enriching content. As a result, Iva founded the Arts and Medicine Institute at Cleveland Clinic in 2008. Under her leadership, first as Executive Director and then as a Chair, the Institute has grown and has become an integral part of the culture of one of the best and largest hospitals in the U.S. The Institute has set up a new paradigm and standards in the area of arts and medicine.

In 2011, Iva moved to Abu Dhabi to work with the Cleveland Clinic Abu Dhabi team on expanding an arts and health concept to the new hospital facility.

She is a member of the first Arts and Medicine committee at the World Congress of Integrative Medicine, the founding member of Lincoln Center Global Exchange and ambassador for The Red Pencil Humanitarian Mission, based in Singapore and Geneva. In 2017, she was invited to join the National Organization for Arts in Health (NOAH) as a founding Ambassador.

She founded Artocene in 2014 and Artocene Digital in 2018, with a vision to activate the latent therapeutic power of the arts on a global level with the highest professional standards. The company’s focus is to provide consulting services and develop new innovative products in the intersection of arts and health. Iva lives and works in Oxford, United Kingdom with her 12 year old twins. 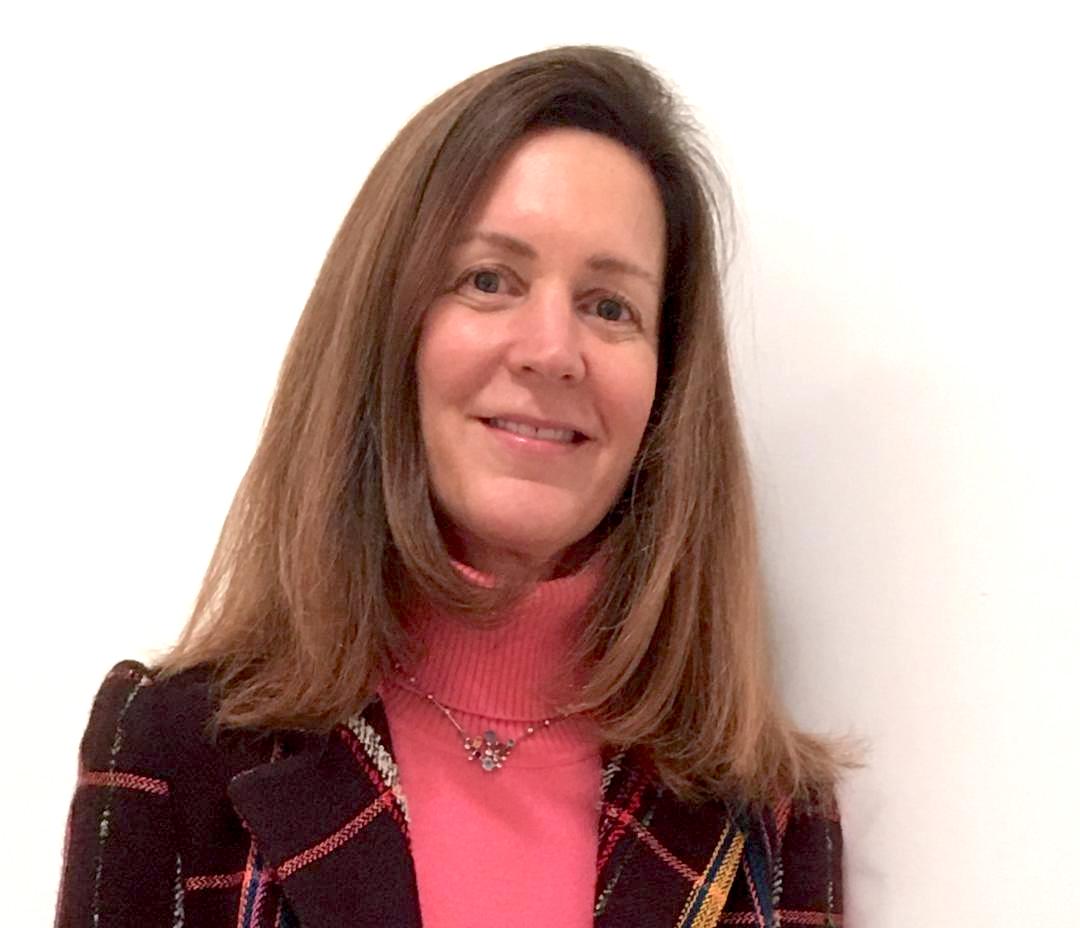 “Following a life shared across four continents and a successful career in law (as a partner in an international firm and then as General Counsel of a world leading innovator in capital markets), the London Business School Sloan MSc, which I recently completed, led me to reflect on my dreams and aspirations. I look forward to contributing the breadth of my experience to the Red Pencil cause, whose therapeutic approach and values strike a deep chord with me." 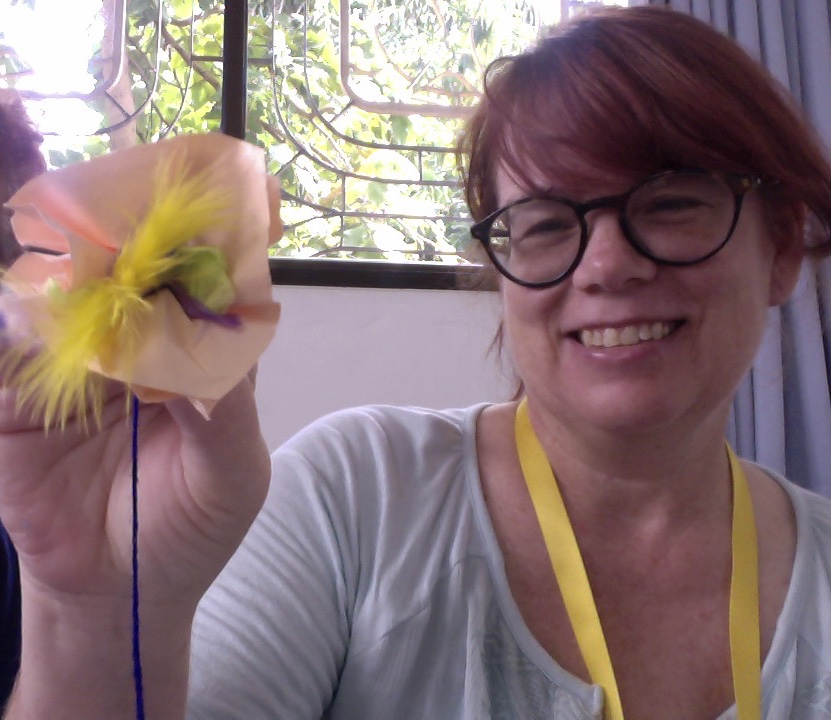 Dr Penny Orr, Ph.D., NCC, ATR-BC, ATCS is the Chair for the Department of Counseling, School Psychology and Special Education and a Professor of Art Therapy at Edinboro University in Edinboro, Pennsylvania, USA. Prior to joining Edinboro, she was a Professor of Art Education . and Art Therapy at Florida State University. She has over 25 years of combined working experience as an educator, mental health counselor, and art therapist.

Dr Orr participates in local, state, national and international leadership undertakings for the fields of mental health counseling and art therapy, and frequently presents on topics related to digital media, ethics, and the use of art in counselling and therapy. She actively participates in humanitarian art therapy work, most recently in Cambodia and Thailand. She is a past-president of Art Therapy Credential Board, past board member of the Accreditation Council for Art Therapy Education, and current program reviewer.