Ibrahim is a 16-year-old boy from Guinea and the youngest participant of this specific workshop in Belgium, designed to help refugees who had left their country because it was no longer safe. The workshop was made up of 12 sessions and the goal was to help the participants find out who they are.

Ibrahim had a difficult start to his journey, but with every session, and every art work, he learned how to deal with his feelings.

During the first workshop, Ibrahim stayed for the introduction. After this was over, he said he had a medical appointment, and left the center, cigarette in hand.

Ibrahim did show up for the second session and stayed for most of it. The hope for this session was to help him and the others connect with themselves and to help them understand their own identity.

After he was given paper and colouring pencils, Ibrahim picked up a long blue pen and started drawing different objects. A cigarette, an eraser, a girl and a globe. He never told us what these things meant to him and we were left in the dark. Working quickly but efficiently, he created a pastel border, signed his paper, and off he went again, walking out of the center, 30 minutes early.

You could say Ibrahim was one of the quieter ones. 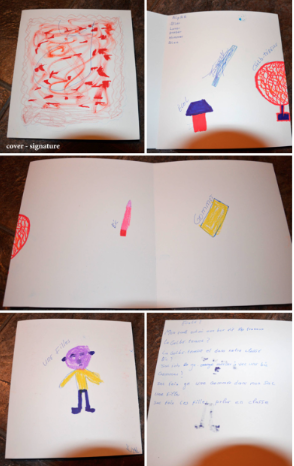 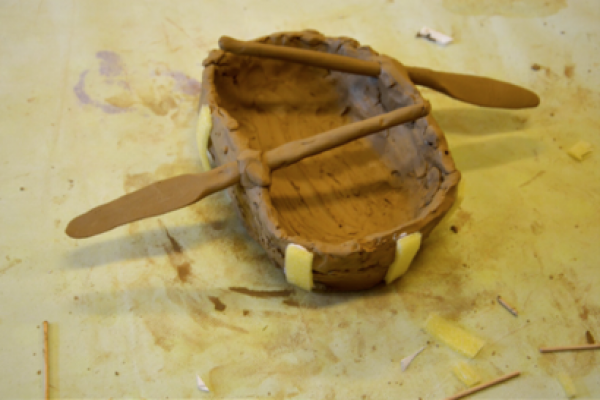 Ibrahim never showed up to the third session and never gave a reason why.

However, to everyone’s surprise, he came strolling in the center doors on time for session 4. Today, it was important that Ibrahim understood more about himself and what he has been through.

He seemed focused on drawing his zodiac and oars, when out of the blue, he looked at the art therapist and asked her

“What does it mean to feel?"

He talked about his zodiac and told her that two people were going to die when they crossed the ocean.

As clay began to build on his table, so did his creation, becoming more and more detailed. He placed two people without legs onto his boat. One was jumping overboard.

Clay helped Ibrahim deal with the difficult stages in his life.

For the second step of the workshop, Ibrahim and the rest of the participants were asked to link their creations together on a large sheet of paper.

He then signed his name largely and clearly on the paper. Was this the beginning of self-assertion? Was he starting to understand who he was and who he wanted to be? 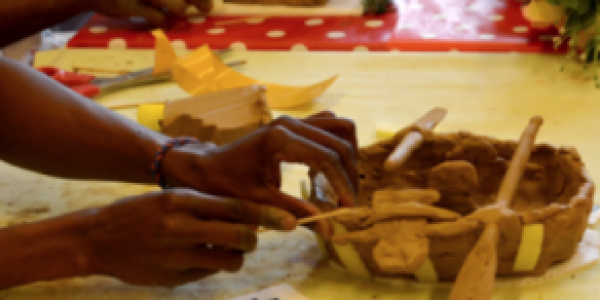 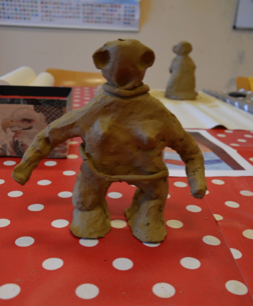 People began to worry as they had not heard from him in several days. He was not answering his phone. Was he going to come back to the sessions?

To everyone’s relief, he came to workshop 8, and today everyone learned a lot about how he felt about his situation.

He created a figurine, a policeman, who wore collar and a nice belt. Standing up tall, this policeman was open and confident.

Ibrahim began telling a story. He began his journey when he departed Guinea for Brussels. He would meet a lot of other people who were also leaving their home. They were scared. However, thanks to the police, they felt safe.

Being only 16 years-old at the time, Ibrahim was only a young boy when he left his home. Remembering the past and what has happened is hard for him. This was causing him to have headaches.

During the ninth session, Ibrahim still had a headache and he was tired. The session would be hard. He had to think about his past, his present and what was coming. Hopefully, it would help him and the participants gain some perspective.

After a while, when the art therapist circled around him, she noticed he was tearing up an image that showed people in an African village.

Did him tearing this image meant he never thought he would be able to go back home? 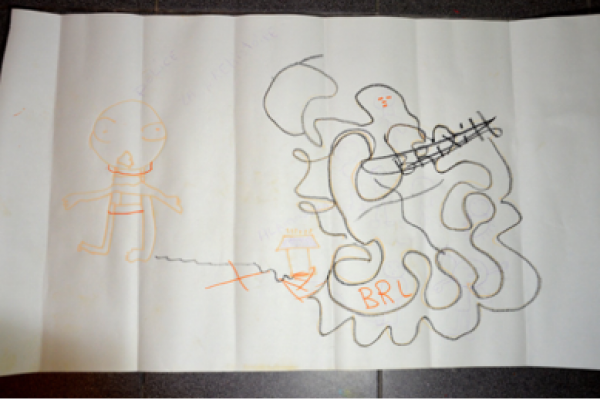 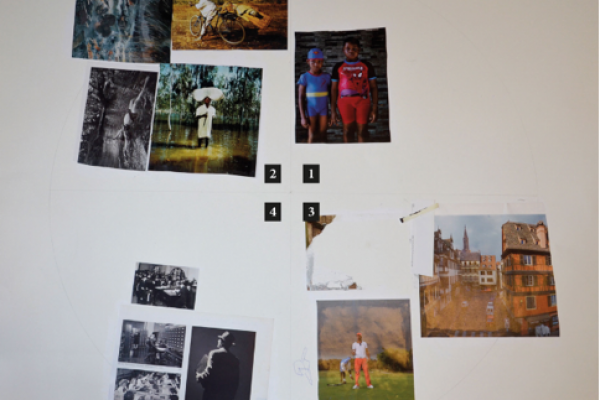 Ibrahim liked coming to the sessions for his visual journal.

As the last session rolled around, it was one last chance to create an art work, and to say goodbye. Everyone was happy to see that Ibrahim came.

He had a headache that day too. The nurse at the center said it is a very common disorder among refugees. This could be a symptom of the main traumas that Ibrahim has experienced at his young age.

Moving on in the session, it was important that the participants could tell what they had learned from these workshops. He drew a face that looks like his neighbour.

Perhaps he found a “luminous" and supportive presence within himself.

He then looked at the therapists and said he wished he could come back to the center.

Ibrahim had a rocky journey from the beginning. But by the end, he became more focused and engaged in his creations.

On this last day, he and the other participants were given a visual journal to keep their creative activities after the end of the workshop. Everyone enjoyed it.

He was also given a sheet suggesting three exercises to do autonomously in the journal: to explore and confront his nightmares, to write down his thoughts and a daily exercise  on “give and receive". He was very excited for this.

Hopefully, being able to practice arts in his visual journal will help with Ibrahim’s recurring headaches, and help him move forward to a more positive future. 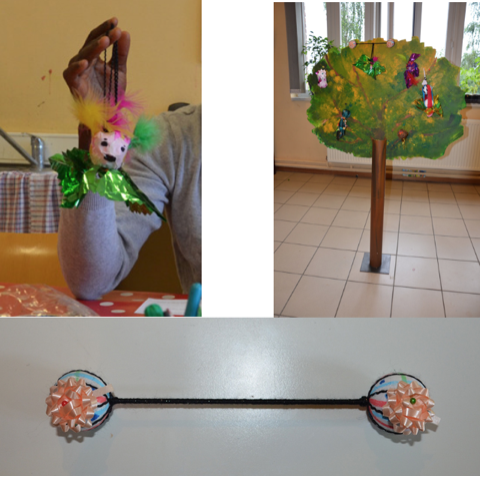