For confidentiality reasons, all the names used in our beneficiaries' stories have been changed.

Gloria is an asylum seeker who participated in The Red Pencil's Malaga, Spain clinical sessions. 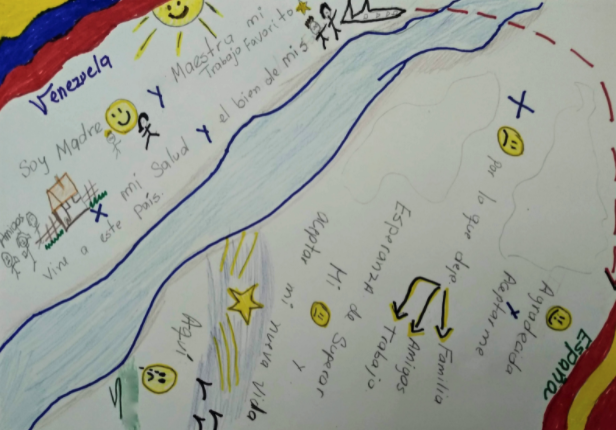 The first few art therapy sessions were difficult for Gloria as she felt deep sorrow about missing her country of origin, and divided (Fig. 1) between leaving everything and everyone she knew in order to seek a better future, especially for her children. She felt alone and did not interact with people around her.

Her breakthrough happened when attendees were invited to create a group mandala. Gloria enjoyed the collaborative aspect of the workshop.

As she described the complexities of her last few months and feeling isolated, she expressed that working together had (in her own words)

helped her to “feel a part of something”, like she was “starting to belong somewhere”.

In the following sessions, her relationship with the group continued to grow, and she was able to verbalise tragic and difficult events back in her home country, such as losing her youngest daughter at birth 10 years ago, her son’s illness and the breaking down of her marriage.

As she gained confidence in her artistic expression, she became aware of the inner strength that she had gained because of her life experiences. She compared this inner strength to the “force of a waterfall” (Fig. 2).

This realisation enabled her to begin to recognise and accept the reasons for her decision to leave her country. 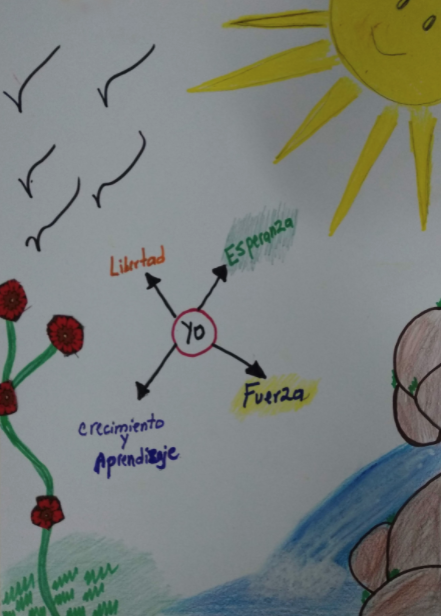 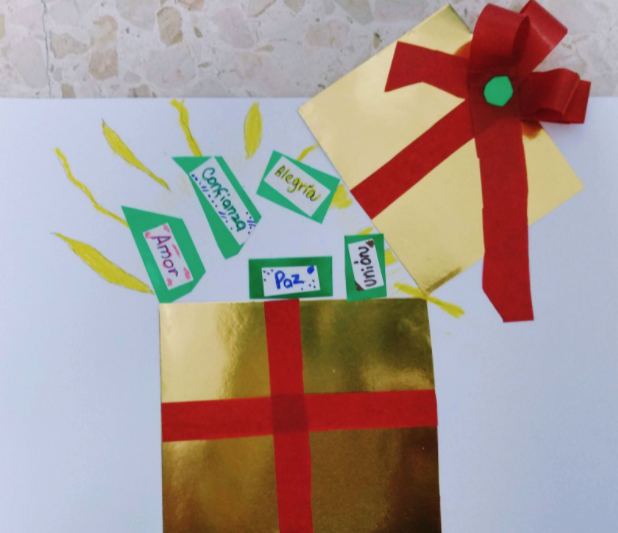 In this session, she rewarded herself with things “you can’t buy with money” such as peace, confidence, love, joy and unity. She was very proud and surprised that she made this, exclaiming that she had never thought of herself as a creative person before.

Towards the end of the sessions, her appearance started to change, coming to the workshops wearing a little make up and dressing smarter.

She expressed that she is making an effort to go out and get to know the area she was in, something she had not done in the whole year she had been in Spain.

In the last group session, she chose to make a pyramid as her talisman to show her journey towards self-realisation.

She described how the black tip of the pyramid (Fig.4) symbolised the difficult beginnings where she felt everything was “dark”.

The next section is yellow and gold to represent how coming to the sessions shone a ray of light in that darkness and she was able to, as she puts it, “drain away” all the intense emotions depicted in the squiggly colourful patterns underneath.

The next band of white tissue paper with gold specs reflects how she had started to feel calmer and more at peace, giving way to the base of the pyramid in green, “the colour of hope” with a red heart in the middle and the “words”, “faith”, “God” and “hope”. 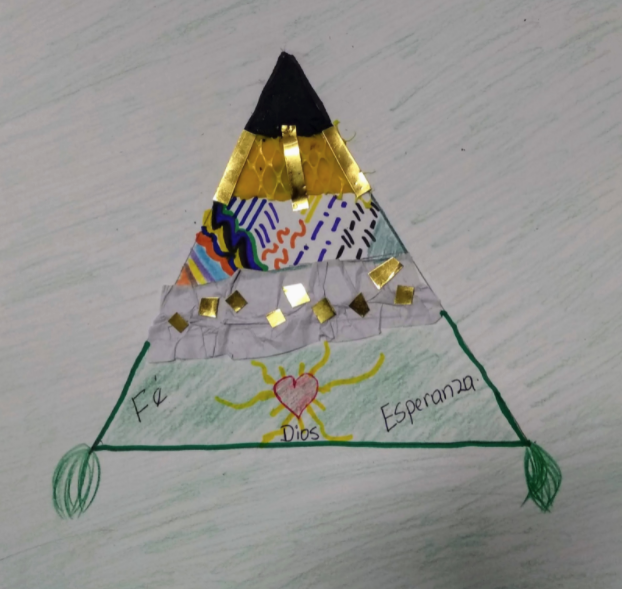