Marina (pseudonym*) was one of 7 female caregivers/parent of a special needs child invited to attend a support group focusing on using arts to help improve their well-being and self-care. The sessions were conducted once a week for 9 weeks in Singapore.

Marina is the mother of an autistic son in primary school who, due to an incident that took place in the past under her supervision, has been transferred to live with his grandparents.

Marina thinks that her in-laws do not like her much and is afraid that her son will think the same way.

She was afraid of not being a “good mother to her son”.

Marina was friendly and open. She trusted her group members and art therapist. She also showed signs of depression, stress, frustration and sadness. 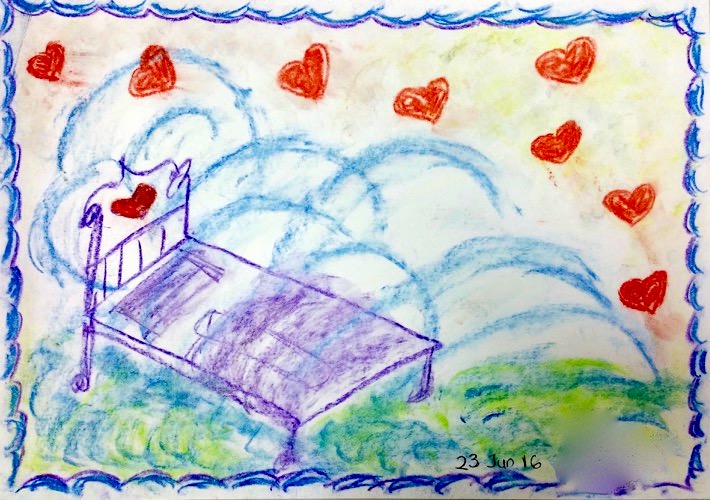 The art therapist began the sessions by saying,

Women need to focus on improving their individual skills, sense of self, to help boost their confidence.

The group was asked to create an art work that showed an environment where they were most comfortable.

Marina’s happy place was her bed, a peaceful place where she could sleep. Where she could escape the stress of her professional and personal life.

The hearts show her need and want to receive and give love.

Marina, takes a deep breath, and takes new risks with the art material.

She uses chalk pastel and it makes her feel joyful and relaxed.

Marina was smiling joyfully after several group members complimented her on her vibrant and enthusiastic artwork. 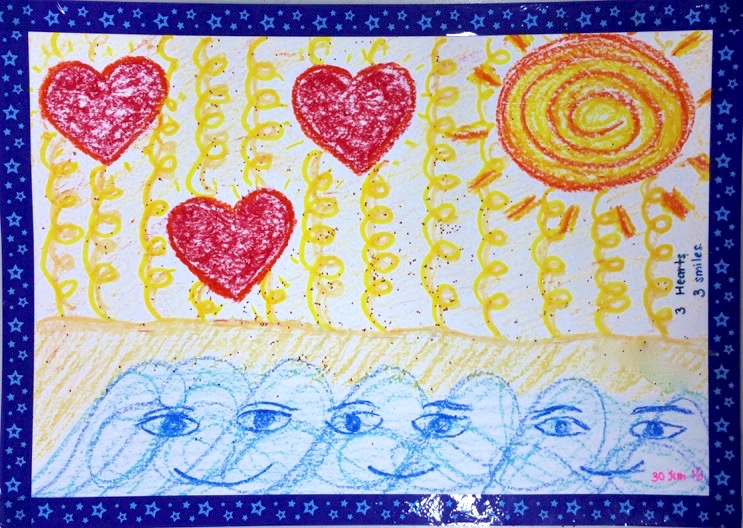 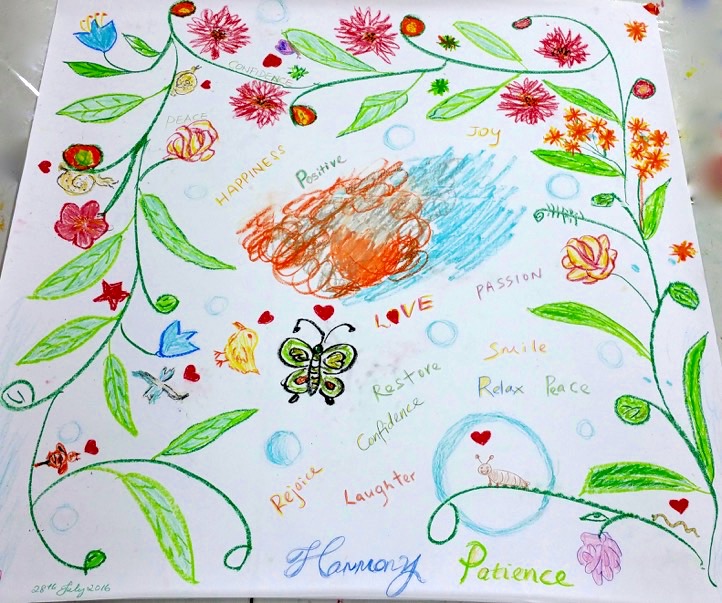 At this point in the sessions, Marina began gaining confidence, and this was thanks to one particular moment.

As groups started to form, and heads stared down at a blank sheet of paper, the members did not know where to begin. What do they draw?

Marina took the lead. She picked up green oil pastel and began moving her fingers around the paper, creating branches. The rest of the group followed, creating leaves, and flowers.

“Had Marina not drawn the initial stems, they wouldn’t have been able to make a beautiful picture like this." the group members said.

When the therapy sessions first started, Marina was stressed and reluctant to create art works.

As time went on, her level of confidence increased and she began to show significant improvements with her moods. She became much happier at the end of the therapy sessions. 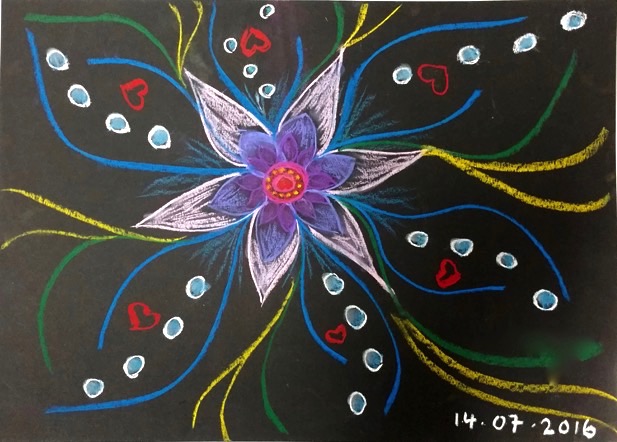